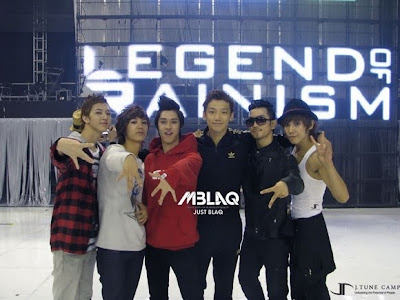 It was also confirmed that Lee Joon, a vocalist in MBLAQ, also played a role in the movie as the younger version of Raizo (Rain's character).

Lee Joon had auditioned for the movie back in February, when he was a trainee. He stated, "I sent a PR demo tape of my acting to the agency that was promoting Ninja Assassin. I didn't expect to get accepted at all, but I found out that I passed the auditions! After I got the message, I went to Germany right after. The filming was two months long, and I had to film many action scenes and had to speak in English. I acted as the younger counterpart of Ji-hoon-hyung's (Rain) character. I worked [very] hard filming this movie and you guys will be surprised."