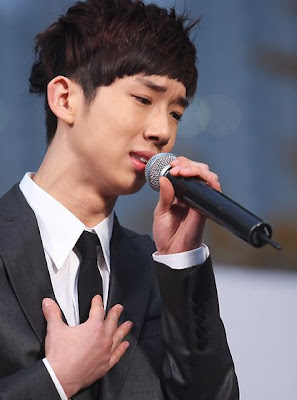 Boy band 2AM leader Jo Kwon, who fell ill with the H1N1 influenza flu two weeks ago, is back on his feet after receiving a clean bill of health.

"He underwent a checkup to see if he had fully recovered from the flu and we got good news. He'll be resuming all his activities starting Saturday," an official at JYP said on Friday.

The 20-year-old singer had not appeared on TV after being diagnosed with the flu on October 28 but his sickness will not affect the airing of pre-recorded TV show "We are Married" where he makes regular appearances as a make-believe married couple with Brown Eyed Girls member Ga-in.

His popular four-member group has released two single albums since their debut in 2008.