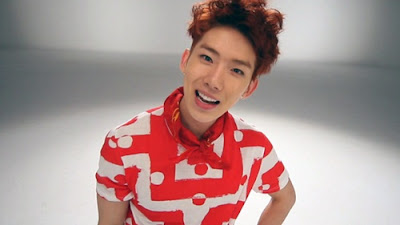 Kkap Kwon Jo Kwon of 2am has been chosen as the cheer leading Captain as voted by netizens.

A recent survey was conducted where over 598 netizens voted and the survey question was "Which Idol is the best cheerleader?" and Jo Kwon was ranked No. 1 in the survey taking 30% of the votes.

Netizens found Jo Kwon the best cheerleader cheering for the Republic of Korea this upcoming 2010 World Cup because of his distinctive facial expressions and his sense of humor. They also said that if Jo Kwon is the cheerleader, the team will surely win.

Ranked No.2 Is singer Psy who took 26% of the votes. He was part of the 2002 World Cup album where he was singing in the streets cheering for the world cup.