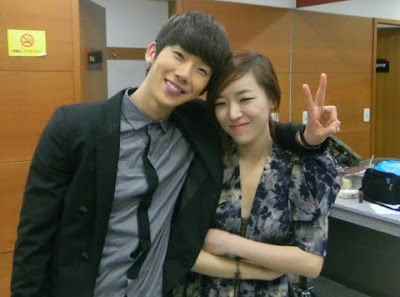 MBC entertainment program "We got married" couple Jo Kwon and Gain will be singing a duet once again for the second version of "We fell in love" where the tentative title is "We fell in love 2".

Jo Kwon and Gain received a lot of love and attention when they released the first version and they will be teaming up again for the second version of the song from the same composer. Although there are high expectations it will be sung by Jo Kwon and Gain the producers are expressing that also Seohyun and Yong Hwa will be participating in it as well.

The song, according to officials is a duet that will show a love story of a loving couple that will express a lot of emotions.

"We fell in love 2" will be released by June.