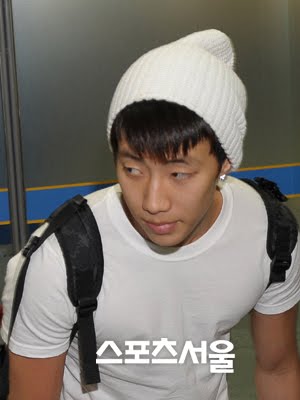 An associate of 'Hype Nation' stated, "We're meeting with potential casts. We think we'll be able to come out with a decision by the end of this week." According to this associate, Jaebum himself will also be returning to the nation at the beginning of next month.

However, other entertainment associates have expressed that the movie is most likely being met with difficulty in casting a female celebrity. Associates have stated that if the production plans were going smoothly, a decision should have already been made by now, further proving that the movie is running through some obstacles.

Many girl group members in the nation were offered the role but a lot of have rejected it. An associate of one such girl group member stated, "We had to carefully reject it because there was too much pressure."

Which star will be playing the role of Jaebum's little sister?

May be taken out with full credits. You are not allowed add yourself to the credits nor edit the credits.
CREDITS : SPORTS SEOUL (SOURCE); hazyfiasco@2ONEDAY.COM (TRANS)
Tags: Jae beom, News
Share
Previous articleNext article