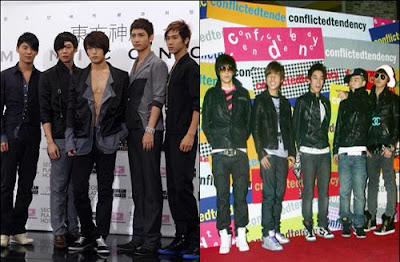 Tamaki Hiroshi aka Chiaki Shinichi from Nodame Cantabile (SeungRi’s fav Japanese Drama) talked about BIGBANG, TVXQ, BoA and K-Pop on his recent visit in Seoul that “BIGBANG and Tohoshinki are cool. I want to work here in Korea.” and “I think it’s great that they are having the activities in Japan. Since there aren’t so many Japanese artists have performed in Korea, I hope I can do that in my upcoming concert.”
Tamaki was in Seoul on 29- 31 January, 2010 to promote “Tamaki Hiroshi Live Tour 2009-2010 Alive in Seoul” which will be held in Korea in March 2010. He’s got a large fanbase in Korea and I guess that SeungRi’s one of them?!
Via VIPZ
CREDIT: teambigbang.blogspot.com
Tags: Big bang, Dbsk, News
Share
Previous articleNext article