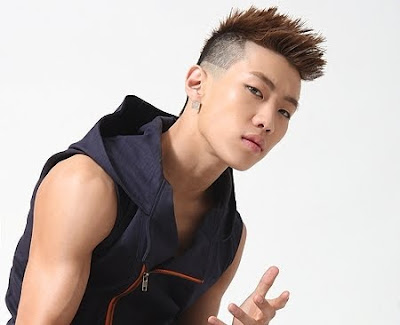 After having left 2PM, Jaebum has been the target of exaggerated marketing tactics. Various broadcasting companies have been using Jaebum as a means of advertisement. Jaebum's agency, JYPE, has expressed their disappointment. "Jaebum is spending time by rethinking his actions. We understand why everyone is so curious and interested about him but we wish everyone would just step back and give him the time he needs. Please stop intruding into his personal life."

The 'Jaebum Marketing' issue was exacerbated with a show aired on the 25th. 'Sunday Night' producers chased not only Jaebum but also his father.

Netizens have been expressing their anger with the intrusion into his personal life, his house, his family, and his day to day activities. They also criticized the panelists irresponsible and aggressive statements. The discussion board for this show has reached 2,000 posts with netizens expressing their anger.

It is not only broadcasting companies taking part in 'Jaebum Marketing' but also cable channel's Mnet and their MAMA production. They released a statement saying that they would like to bring Jaebum onto their show. Unfortunately, Mnet failed to take into consideration of JYPE's situation. It is basically a 'He could come' but a 'He also couldn't come' situation, making the fans angry with their irresponsibility.

It is expected for much more broadcasting companies to use Jaebum in their marketing ploys up until the end of this year. JYPE has stated "With such intrusion into Jaebum's personal life, we believe that him and his family will only be in more pain. Should such events happen again, we will personally step in and request a decline for all intrusions."