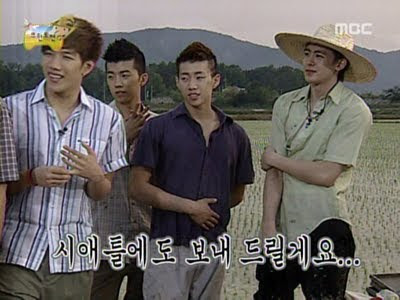 Could it be the Jaebum effect? MBC's Infinity Challenge reached #1 on the viewer ratings this past Saturday.

The episode aired on that day was a rice plant farming special, the 2nd part to a year long project that involved idol group 2PM. Jaebum's appearance on the show became a hot issue, attributing to the high ranking viewer rating.