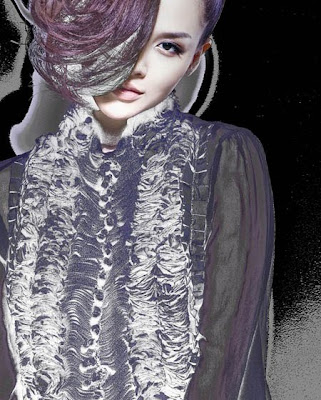 A few days ago, Ivy released two tracks off her third album. Today, she releases a teaser for "Touch Me," sure to catch your attention.

Ivy is not your typical female singer, relying on looks to win her fans. She actually has talent to back it up. From the recent teasers, viewers got to see the versatility of Ivy. Not only can she belt out some vocals, she can also switch it up with fast upbeat songs.

The teaser was not only interesting to watch, but it also leaves viewers wanting more--of her voice and video clips. If this teaser is anything close to her so called "sex tape," Ivy sure did have some worrying to do. Fans will probably never get to see the sex tape, but they are free to watch the teaser again and again.

Ivy's third album is set to release October 29, 2009. Hopefully, these teasers will satisfy the fans' yearnings until then.