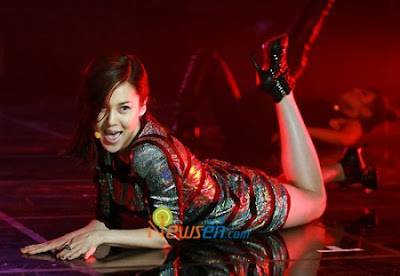 Singer Ivy is finally back after 2 years and 7 months!

She held her comeback showcase on 27th October at 6pm in a club in Seoul ChungDamDong for her 3rd album release.

Go under the cut for more photos!

She said during the showcase, “I’ve always live by as a singer, but because of scandal and problems with man, I was told to stop being a singer and I hated that. I want to show everyone that I’m back, tiding through the difficult times.”