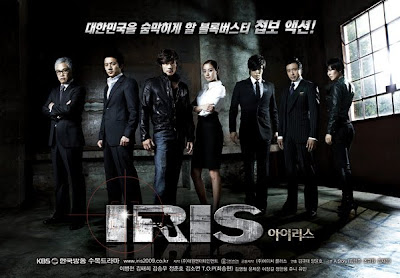 KBS TV series "Iris" is only three episodes into showing but surveys indicate the spy drama may soon breach the 30 percent mark.

According to TNS Media Korea on Thursday, "Iris" topped its TV chart with a viewership rating of 27.9 percent the previous night, gaining 2.6 percent from its previous episode. The first episode, aired on October 14, saw ratings of 24.5 percent.

Several of South Korea's top actors including Lee Byung-hun, Kim Tae-hee and Jung Jun-ho star in the drama which was in production for over a year in several countries including Korea, Japan and Hungary.