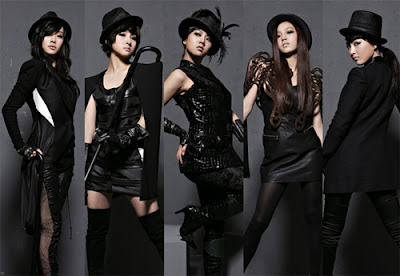 From their mini album LUPIN , KARA will release their first teaser on the 12th on the portal site Naver.

After releasing their jacket photo, showing off their fresh concept and transformation, the 5 girls caught the attentions of many netizens especially their fans.

After releasing their teaser (February 12), next to it is their song followed by the release of their album on the 17th of this month and later the music video.

They will be performing for a comeback stage on KBS 2's Music Bank on February 26. Meanwhile, they are in the process finishing their choreography.