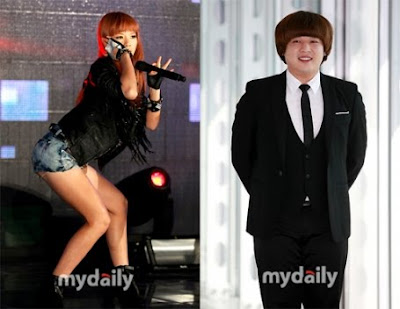 4Minute HyunA has revealed her dream to be a fashion designer.

When they were talking on the topic of dream on the show, HyunA said, “I dream to be a designer. Because I have much interests in fashion, I want to be a designer in the future.” Lee Teuk then asked, “Which Super Junior member do you want to make clothes for?”

HyunA replied, “I want to personally make clothes for ShinDong.”

Also member GaYoon said, “When I was young, my dream was to be a singer”, youngest member SoHyun said, “I want to live in a spacious 2-level house and live life as a farmer.” and HyunA said, “And then rear sheeps and ostrich on the farm.”

ShinDong also said, “As a producer, I want to produce a girlgroup like 4Minute.”