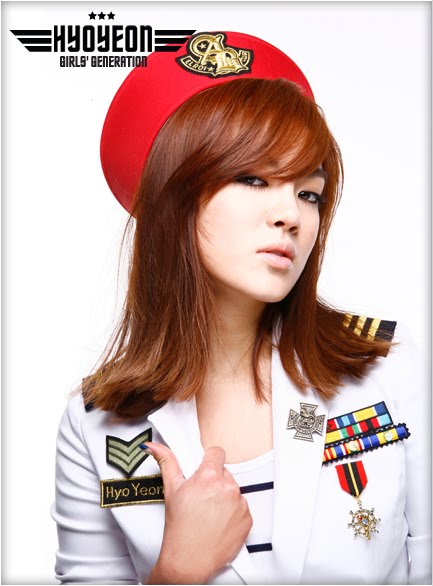 Hyoyeon appeared on SBS's 'Strong Heart' on the 18th and confessed that she has a crush on a male idol singer. "I always think of him before bed and he appears in my dreams."

She went on to state, "I find out his schedule and if our schedules overlap, I wake up early in the morning to look pretty for him. My manager oppas always compliment me, saying I'm working hard."

Regarding her crush, she revealed, "He doesn't have double eyelids and has a lot of humor. He dances well too."


MC Kang Hodong asked, "Is it Big Bang's Daesung?" in which she replied, "I want to be friends with Daesung."

When asked if it was 2AM's Jo Kwon or 2PM's Wooyoung, she replied, "You can just search it on the internet!"

Vieweres have flocked to internet boards in order to find out the male crush. Netizens have speculated, "The only male idol that dances well, has humor, and has no double eyelids is Wooyoung," while others have stated, "Jo Kwon is more humorous."

May be taken out with full credits. You are not allowed add yourself to the credits nor edit the credits.
CREDITS : SEKYE ILBO (SOURCE); hazyfiasco@2ONEDAY.COM (TRANS)
Tags: 2am, 2pm, Girls generation, Hyeo yeon, News, Snsd
Share
Previous articleNext article