Share
0 comments
Lee Hyori is next on “The Secret Star” (the show that revealed Big Bang’s past) which means never before seen pictures and never before heard pasts will be revealed about the Nation’s Fairy. Here we have an old picture of the diva from her middle school days: 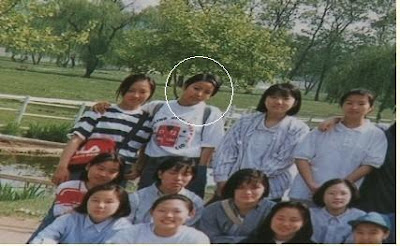 Aside from the old school (obviously) look, she hasn’t really changed much. Hyori reportedly transferred schools a lot, but the reason is unknown. Classmates said she snuck around behind teachers’ backs to go sing karaoke and she would dance during break times. Could that be the reason why? Whatever the reason, they’ll probably explain it as they reveal more secrets on the show, which is set to air October 23rd on MBC.