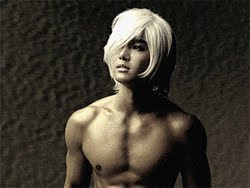 Hwanhee, former member of Fly to the Sky, will have his fans to thank when his first solo album takes off. Ahead of the release of his solo debut album, “H Soul,” his fans have run advertisements on city buses and subway trains. This PR campaign is worth noting, because this is probably the first time that a fan group has taken the initiative to run a PR and marketing campaign.

Some 200 fans donated money to put up ads on 300 subway trains and city buses running 10 different routes. The buses run along the arterial roads in Seoul during the busiest hours. The ad campaign is estimated to have cost them tens of thousands of dollars.