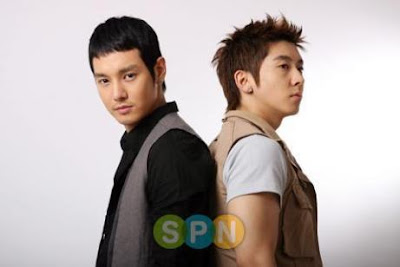 Singer HwanHee will make his comeback through appearing on SBS ‘Strong Heart’.

HwanHee recently transformed as solo singer from group Fly To To The Sky, and will be releasing his first solo album ‘H Soul’ coming 22nd October. And ahead of his solo album release, HwanHee revealed a teaser poster to his comeback on his minihompy on 13th October.

And for his comeback, he will be appearing on SBS ‘Strong Heart’ aired on 27th October. During the filming on 15th October, he made a surprise meeting with Brian on the show. A staff to the show said, “HwanHee will make his comeback on Strong Heart. And please look forward to the ’showdown’ between Brian and him on the show.”

Brian recently revealed the discord that went on between him and HwanHee on the episode of Strong Heart aired on 13th October. With that, many are interested with their meeting on the show.

Meanwhile, HwanHee will also having his comeback performance on MBC Music Core on 24th October.