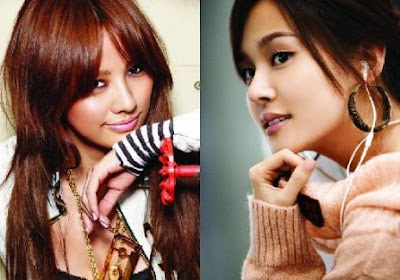 The highly anticipated ’showdown’ between sexy divas Lee Hyori and Ivy in October will not happen ultimately.

This is because according to Hyori’s company, the release of her comeback 4th album which was originally set to happen this month will be pushed back till early next year. Hyori’s company has stated, “We are currently preparing for the album. To be more careful and to give the best for fans, we have decided to push it back next year for her comeback.”

Lee Hyori had a successful comeback last year with her 3rd with title song ‘U-Go-Gil’ and there has been much anticipation for her comeback 4th album. This was especially since it has been seen as possibly her last album as her contract with Mnet Media is coming to an end.

A staff from Mnet Media said, “The songs for the album are all out, and we are still receiving the songs to be included in it. Lee Hyori has also participated in the planning for this album.”

Meanwhile, singer Ivy held her comeback showcase on 27th October, and will be officially back promoting. It will be her comeback after 2 years, and fans have been anticipating he comeback .

She will be back with a dance title song ‘Touch Me’ and before her official comeback, she has already revealed the songs ‘Good Bye Tears’ and ‘Parade’ from her comeback album.

But it seems we will not be able to see the ’showdown’ of the 2. We will just have to wait for the next time.