Henry visited his Baidu bar again a few days ago and stayed for about an hour, revealing his plans to attack Mimi next and announcing that any plans to send underwear to Zhou Mi will be futile. He also promises to do more sexy dance (and piano!).

Then someone posted this picture up: 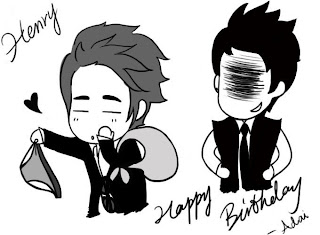 Since after that, he immediately posted about wanting to go and sleep, fans thought he got weirded out by the picture and posted “Don’t be scared by it! It’s ok!” etc etc. But actually he is just really slow at typing. 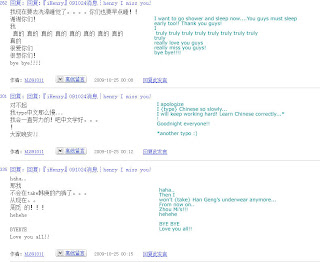 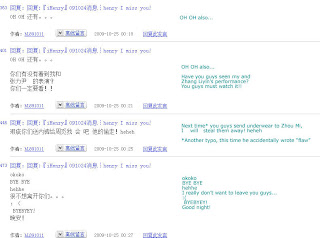