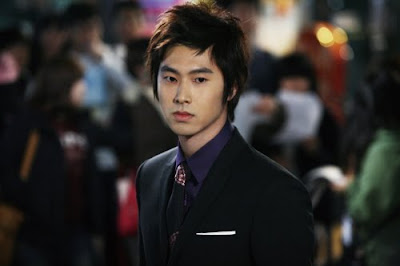 But this usual rule does not apply to TVXQ's U-Know Yunho.

As most K-Pop fans would know, TVXQ's Yunho had recently been acting in a drama series called "Heading to The Ground". Due to its low ratings, the series have ended after its 16th episode.

Despite its low ratings, Yunho has learned a valuable lesson in acting, and is determined to do better in harder and bigger challenges.

Because of "Heading to the Ground", Yunho has discovered his new acting skills. When he was acting, he wasn't TVXQ's U-Know Yunho anymore. He was Jung Yunho himself.

Staff members for the seris "Heading to the Ground" had complimented Yunho. They said that his acting skills were a little awkward in the beginning. Then, some improvement showed from the 5th episode. There was only room for improvement in Yunho's acting skills.

Please keep watching and cheering for Yunho when he acts in other series!