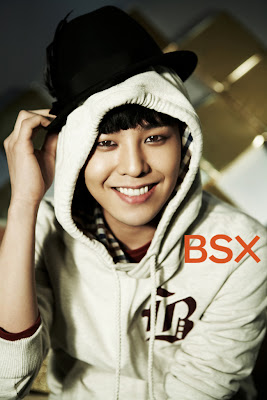 Kwon Jiyong’s ‘Heartbreaker’ saw the light of this world on August 18, 2009. This day also happened to be G-Dragon’s birthday.

”It was actually scheduled to be out in April, but I didn’t like it. I didn’t feel like a piece of work that I’d been looking forward to for ten years; there was just something missing. I didn’t know how long it would be til my turn to go solo came again.. That one album was a gamble for me.”

During the preparation of his solo album, Big Bang started Japanese promotions. During the months they were active there, if there was nothing on G-Dragon’s schedule for even a single day, he would fly back to Korea to work on the album and fly back at night. While the other members felt the freedom of being able to shop and have fun without being watched or followed, G-Dragon was out of his mind looking for performance outfits.

”Writing songs, buying performance outfits, being at meetings via webcam..I think my album was the only thing I was thinking about for 24 hours a day. I wanted to make an album that I had contributed to as much as possible. I wanted people to think not just that it’s been ‘made’, but ‘Kwon Jiyong made this’. I even went a little over the top by concerning over things like font, colour and decoration. I wanted to release an album that seemed more like a wrapped up gift than a normal, standard CD. So that people can open the case like a present and anticipate what might be inside, even if its not expensive. I think the album designers might’ve thought I was a big weird; I would call in the middle of the night whenever I got a new idea. (laughs)”

He became totally immersed in working on his album.

”Heartbreaker is about being hurt by love. To express that my heart had been crushed, I made all the dancers wear my mask and do different dances. It was to show different emotions coming out of the same face.”

He experienced a lot of differences to when he was making an album with the other members. He had to fill in every aspect himself, letting him mature more as an artist and realise how valuable the other members really were.

”I learnt so much from making my album. I met with a lot of people from different fields. It was also my turn to play the ‘Cutesy’ part that Daesung and Seungri usually take responsibility for. But I had to show a serious side to the higher ups. Anyhow, I was able to mingle with a lot of different people and learnt more interpersonal skills.”

When an artist releases an album, they usually put all their effort into promoting it. However promotion of G-Dragon’s album through newspapers and TV stations was minimal as YG Entertainment considers performances more important than promotions.

”I was really worried because we had barely promoted. Then I found out about something called ‘Me2day’. It’s like a blog. President Yang told me ‘This is the one way we have chosen to promote. You can do your own promoting.’ He’s always like that. He’ll open the road for us bit by bit and we have to find our own way through it. Anyway, I started showing fans bits and pieces like an outfit for a music video and a strand of my newly dyed hair. I wanted to be the one to show them my music first before any music portal sites so I even gave them 30 second snippets of a few songs. I kept thinking things like ‘If they check for updates before they go to bed and there has been an update, they’d be happy that they can talk about it the next day at school, right?’ I think it was a heart-fluttering period for both me and the fans.”

Thanks to G-Dragon, Me2day also received huge popularity. The site that had only had tens of thousands of members suddenly had hundreds of thousands. Again, G-Dragon started receiving attention from a huge number of people but just as he felt like he was starting to communicate with his fans, he was accused of plagiarism. This was just one day before the release of his album.