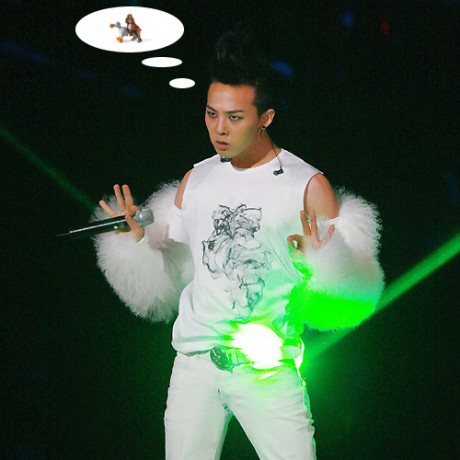 Big Bang’s leader, G-Dragon, was interrogated on the 4th for his sexually explicit bed scene at his first solo concert.

When asked if he knew the song he performed, “She’s Gone,” was inappropriate for minors, G-Dragon responded, “I didn’t know.”

A representative of the district court stated, “G-Dragon has denied all charges. We are going to continue our investigation to determine whether G-Dragon’s actions are punishable by law. We plan to finalize our investigation by next week.”

This is great news so far… pending the outcome, the next time I have a sudden urge to hump a girl in public, I’ll just respond with “I didn’t know it was that sexually explicit.” I mean this is really great, I don’t even have to be reborn a dog.