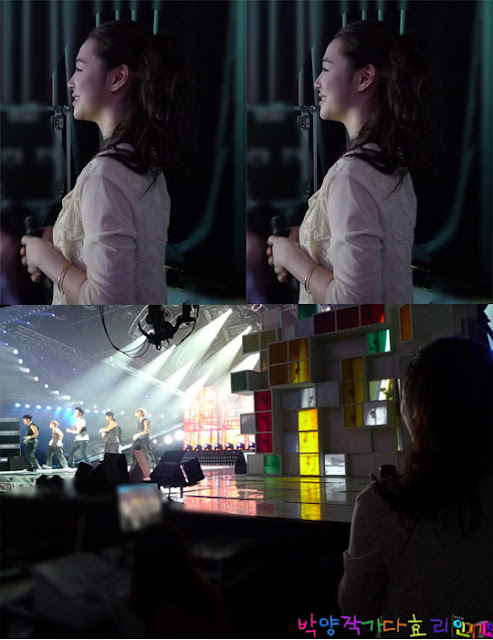 In the afternoon of the 15th, via SBS TV’s ‘Inkigayo’ homepage, made public MC Sulli’s pictures, which caught the viewers’ attention.

The released picture show Sulli watching over 2PM’s comeback stage, wearing a feel-good smile on her face. Another shows her joyfully cheering and clapping.

The officials that posted the ‘Inkigayo’ photos stated “Sulli watching over, supporting MC Big brothers (Taecyeon and Wooyoung) on the stage. Saying they’re cool, she constantly stands up and cheers as they sing their song,” introducing the pictures.

The viewers who had seen the pictures responded, “Sulli is very adorable with her Motherly smile” and “It’s great to see everyone cheer for each other.”