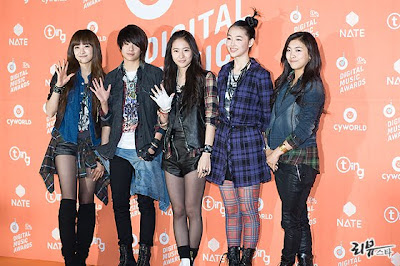 “Digital Music Award” is a concert-oriented music award ceremony that is based on “The most BGM downloads by 24 million Cyworld Users*” rankings. This award ceremony was based on August and September downloads.