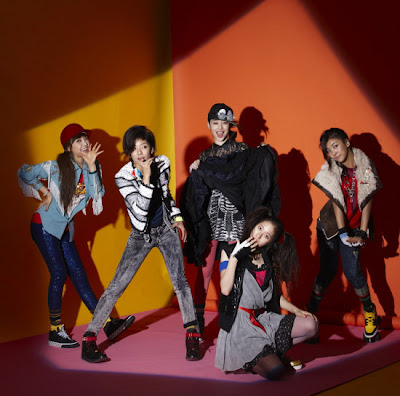 Since their debut, f(x) has been highly active in modeling for cellphones, sports brands and various other CF's. They are living up to their title of "Asia's pop dance group" as they have been getting lots of love calls from various hwabo and fashion companies.

Their title-song, Chu~♡ will be released a couple prior to the full album release, on November 4th via music portal sites such as Melon, Dosirak and Cyworld.

"We are happy to be back with a new song and performance. As much as we worked hard on this album, we hope it will receive a lot of love. We will work harder to show our improvements."