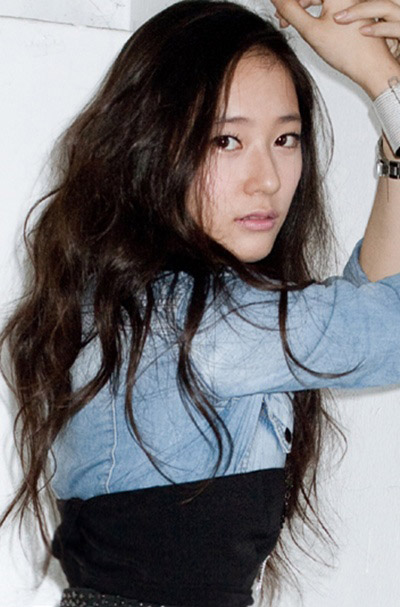 Group f(x)'s Krystal (age 16, real name is Jung Soojung) won for her team in "Dream Team, Season 2" when it was broadcasted on the 16th, saying that "it was all because of blessings of genes."

Krystal made her first appearance for "Dream Team" in March, teaming up with Minho of Shinee and attracted attention by creating a record of 180cm for the high jump. On the 16th in "Girl's Dream Team," she has demonstrated her athletic abilities in the "sliding door" game, which tested for a person's running speed. She has beaten the whole KBS announcer team by uriously swing her arms back and forth and running 100 meters in 15 seconds, becoming "the hero for the 29th generation of Girls' Dream Team."

In her recent interview with Daily Athletics, Krystal revealed, "In my childhood in America, my father was a boxer and my mother was a equipment gymnast so I would exercise everyday." "When I wake up in the morning, I would put on my gloves and punch with my father. My parents's athletic blood flows in me so I'm pretty confident when it comes to sports."

She continued, "I'm the only member who doesn't dorm and lives with my parents. After my parents saw me on "Dream Team," they complimented me, saying 'That's our daughter.' " She smirked/smiled as she said this. Krystal is SNSD Jessica's younger sister and is now doing activities for their new mini album "NU ABO."