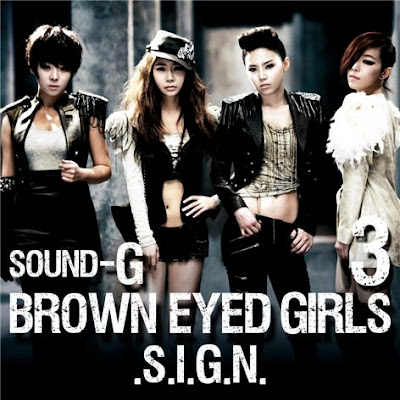 According to their agency on Friday, Korean girl band Brown Eyed Girls is set to release a new repackaged album and music video next week. Nega-Network said in a press release that they finished shooting the music video for their single "Sign" from their recent album "Sound G: Repackage" on Tuesday.

Nega said that the music video will also star two movie actors -- Ryu Deok-hwan and Ryu Seung-ryong -- in a storyline which is "even more surprising than the one for 'Abracadabra',"

The music video for the group's most recent chart-topper "Abracadabra" earlier this year, became a huge sensation for its provocative love scenes. The video was directed by filmmaker Hwang Soo-ah, who helmed film "Why Did You Come To My House".

As all of you know, the Music video for Abracadabra might be quite thrilling for some
of you, now the new music video is gonna be more surprising than Abracadabra.
Wow, i cant imagine, haha :)