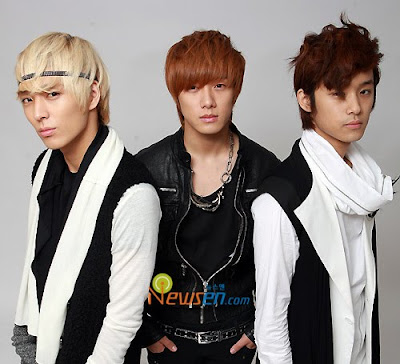 3 members of FT Island will begin activities for their unit group.

In FT.triple, Lee Jaejin, who has been in charge of bass and vocal all along, will now be in charge of guitar and vocal. Choi Jonghoon also has new challenges in playing the piano instead of the guitar. Choi Minhwan will be playing the drums, something which cannot be left out from a band. The unit group will portray a different image of FT Island.

There will be 3 songs in the album “Two Date” by FT.triple. Lee Jaejin had received recognition from his musical “Sonagi” earlier and he will also be the solo vocal for this album.

Their title song “Love Letter”, by hit composers, Kim Dohoon and Kim Kibum, is a song that expresses the worries and concern for an ex-lover, written in the form of a letter. With the beats from the melody, together with the realistical lyrics, it will be a touching song. Lee Jaejin will also be showcasing his talent in singing and rapping.

FT.triple’s album will be released on 26th October. Their music video was taken in Cebu, Philippines when the storm took place previously. Plans for aero filming were aborted due to the bad weather. Their 4 days 3 nights filming schedule was shortened due to the storm, and they had to rush the filming within 2 days. Communication means were also suspended for some time.

FT.triple is practising hard to present a new image for their coming activities lined up coming end October. Their first stage will be on 29th October on MNet’s MCountdown.