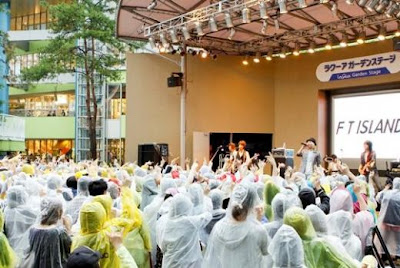 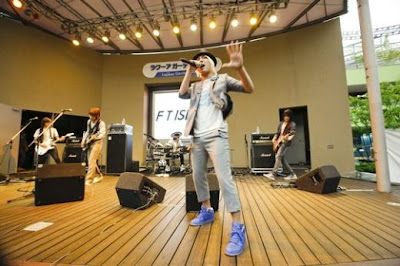 FT Island held their first live performance at a fan gathering event where over 5,000 fans watched the show.

FT Island held a showcase at May 22 and 23 at the Serre Plaza Osaka, Tokyo where it was only planned to hold about 2,500 people but over 5,000 fans showed up and gave their support to FT Island.

At the 23rd, they had a concert in front of the fans, despite the rain, the fans still cheered for FT Island and stayed for the event. FT Island was given a lot of presents for the event and also a lot of enthusiastic applause from the Japanese fans.

FT Island performed a total of three songs and performed an encore performance as more fans started to show up at the event. FT Island were able to talk with the fans because they were fluent in Japanese and they didn't need an interpreter with them. The fans were very impressed with their Japanese and it attracted a lot of media as well.

Meanwhile, FT Island is doing well with their Japan debut with their single "Flower Rock" climbing to the third spot at the Oricon weekly singles chart and also doing well at the top 10 in the Daily chart.