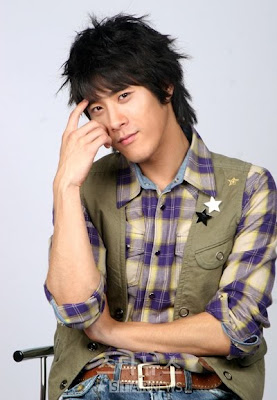 Since his return has been much delayed, he feels bad for his fans so he will be holding a 'guerilla' type concert in crowded Seoul market districts. What are 'guerilla' concerts? It is when someone has a concert in an open area and usually doesn't publicize the exact time of the concert.

The big question here is, will he succeed as a solo? Time will tell.

One of his previous solo songs.