Share
0 comments
The guest tonight, singer of a single entitled “XIAH” that will be released on the 26th tomorrow, XIAH Junsu san!

We have huge announcement here…
“Not long time ago, I stepped on my manager’s foot…”

During a recent interview with a magazine, about 5 minutes long the manager’s foot was said to be trampled (laughs).

He was unaware about it, however after the manager told him later on, he said, “You should just told me earlier!”. But as the manager said, such kind XIAH Junsu who makes the circumstances to be funny and enjoyable.

‘XIAH’ single that will be released tomorrow contains message from XIAH Junsu to fans who have been supporting him til now.

Moreover, there is a sexy cover picture that matches the atmosphere of the song which you need to pay attention to ☆.

This single includes ‘Intoxication’, where Junsu is also responsible as composer as well as arrangements.
Despite his busy activities over Asian countries, it’s an amazing thing that he still challenges a lot of new things!

Also to face his busy schedule, let’s listen to his “Secret of Energy”!
He said that of course having exercises and healthy diet is a must, but he told me another that is, “Being positive.”. By becoming a positive person, you will always show a smiling face that makes people around you to be happy too.

Now, he may try to challenge Tresen most famous corner “Kakerukana? (Can You Draw?)”

The theme is the advanced one, “Tap dance” 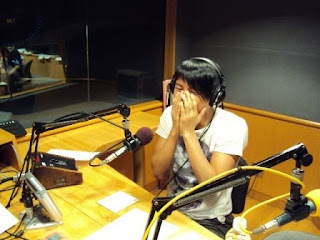 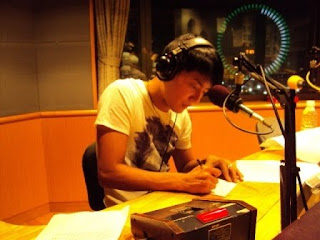 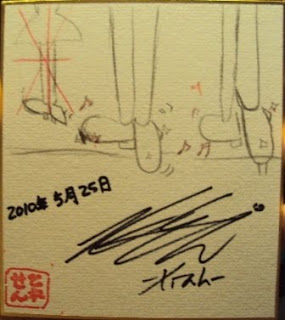 XIAH Junsu was once worried, what if people mistaken the drawing as “ballet”… but the reporter who is Junsu’s fan understood it at the first glance.

Since he drew advanced theme “Tap Dance” accurately, he’ll be able to get his air time tomorrow!
XIAH Junsu and the (male (laughs) ) reporter who is Junsu’s fan burst into cheers ☆

To commemorate the release of “XIAH” single tomorrow, he will be holding an event on 6/18 (Fri) for the single buyers!
Please fill out the application form inside “XIAH” single. The applicants will be drown from lots, and 1000 pairs which are 2000 people will be invited to the event!!

Thank you very much!!