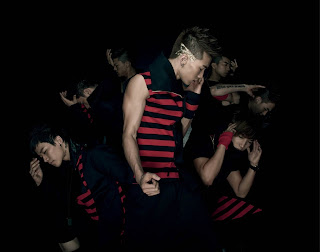 Even without Jaebum, 2PM is becoming the bluechip of the advertising world.

Beastly idol 2PM is rising to the top of the advertisement world. Even though leader Jaebum is no longer a part of the group, advertisers are calling 2PM left and right to us eas their models.

Recently, 2PM finished an advertisement for a cell phone company and an organic food product. They have also began filming for drinks and have also received offers from 3~4 other companies in which their contracts are currently being drawn up. The reason for so many "love calls" is said to be from their unending popularity.

Advertisers have described 2PM as having "the charm able that fits will with the generation. Usually, idols only hold the teen age group for their fan base. 2PM is different and reaches out to not only the teens, but 20's and 30's as well with their manly charisma. They're also not afraid of showing who they really are on TV, attracting the fan base of males as well."