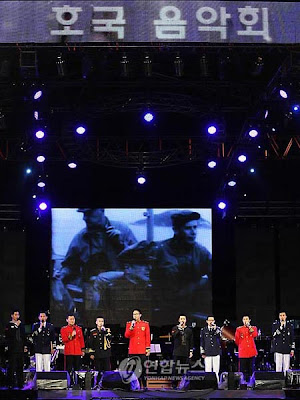 Once actors go off to fulfill their two years of military service, it’s not often that we get to see them in the public eye until their discharge. So it’s nice to see a few of the currently enlisted entertainers together onstage for the 2009 Army Concert, which took place in Seoul on the evening of October 31.

Some of the celebrities who participated were actors Jae Hee (Three Dads One Mom), Jo In-sung (Frozen Flower), Lee Dong-wook (Partner), Kim Jae-won (Hwang Jini), and Ohn Joo-wan (Chosun Police). On the kpop side, there were singer-actors Yang Dong-geun (I Am Sam), Lee Jung (Hometown of Legends), and Kim Jung-hoon (Goong), as well as singers Sung Shi-kyung, Tony An.

Despite rainy weather, there were approximately 7,000 people in the audience for the outdoor concert. Jo In-sung and army broadcast MC Sohn Eun-ah acted as hosts for the event. 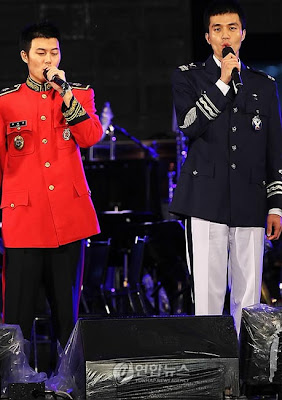 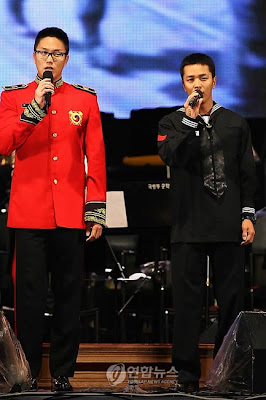 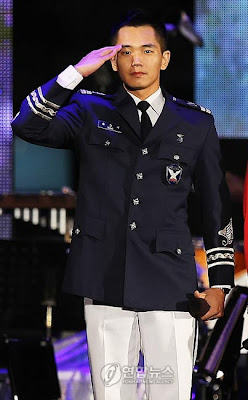 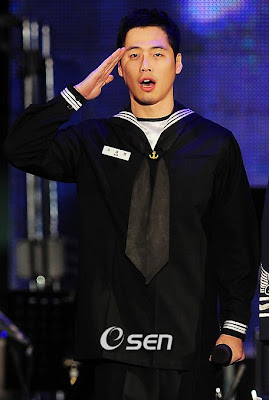 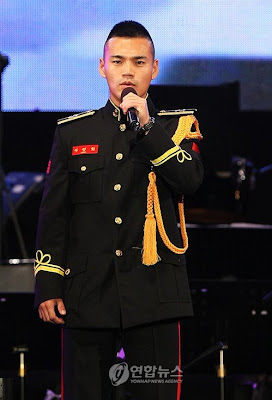 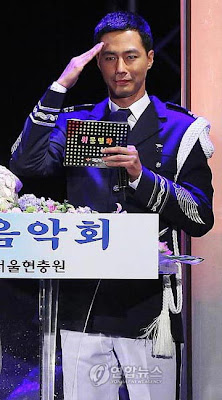 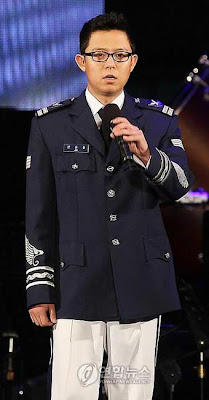