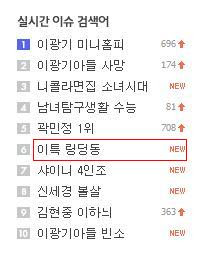 What? Eeteuk gets into top 10 in daum for performing RingDingDong! The news of Super Junior members performing with Shinee sure are really popular! That is the reason why Eeteuk is in the top 10 searches. Its shows that Ring Ding Dong is really popular!
Many of you might be really anticipating to Eeteuk's performance with the rest of SHINee when the news came out and the performance sure is a great one!
Although Onew and Jonghyun are down with swine flu, they dont have to worry too much
because their Hyungs are always there to help them when they need them!

Here is another result from naver 2 days ago. It says that after yesung performed
ring ding dong with shinee, he got 1st in the searches in naver!
On that day, he was #3,fell to #5 and then rose to #3 and lastly, #1!
I just love the SM family love. Helping each other when they need help~ 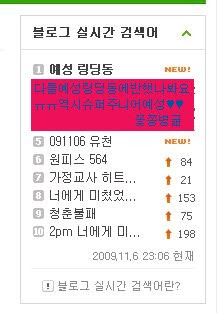