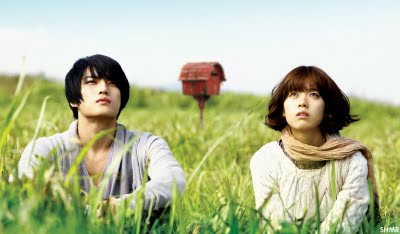 YoungWoong Jaejoong, Official Outing On The 9th 'Will He Reveal His Thoughts?'

TVXQ's YoungWoong Jaejoong, who is caught in a legal dispute with agency SM Entertainment over the group's exclusive contract, is holding the spotlight as it has been found that he will be attending the preview of on the 9th.

As the second film of 'Telecinema', "Postman of Heaven" has confirmed its press conference as the 9th and it was revealed on the 5th that lead role YoungWoong Jaejoong would be attending the event.

Although the publicity crew stated in advance that, "Please do not ask questions regarding the dispute between YoungWoong Jaejoong and his agency during the press conference as he will not answer such questions that are irrelvant to the movie," many predict that reporters will not be adhering to this notice as YoungWoong Jaejoong has not ventured out into the public since the dispute started in July.

"Postman of Heaven" is a fantasy genre movie depicting the love between a woman who cannot forget her deceased lover and a man who delivers letters to the deceased. In the movie, YoungWoong Jaejoong plays the role of a postman with a secret and acts alongside the hero of "Shining Inheritance", Han Hyo Joo. The movie will show in cinemas on the 11th.

Geez, these reporters, leave him alone.When they are ready to tell us about the lawsuit, they will tell us.Get ready for some exaggerated news about this.So read it with a pinch of salt.