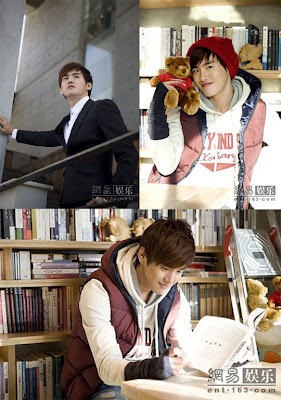 TVXQ’s Xiah Junsu’s twin brother Kim Junho will have a fan meeting in China and he will also release album in China to begin his activities as a singer.

According to Chinese media yesterday, it was announced, that Kim Junho who is well-known to be a big brother of Xiah Junsu of TVXQ will release his official album and he will also hold a fan meeting on February 28, 2010, according to the news released in Beijing, China yesterday.

In addition, Xiah Junsu is going to participate in an event this time and he takes big interest in his brother’s upcoming events and activities.

Kim Junho who is Xiah Junsu’s twin brother appeared in MBC TV entertainment program “Introducing the friend of the star” in a handsome and distinguished look, resembling his younger brother. He is tall and he used to be a baseball player. He pulled attention with his special dance and singing ability which he displayed performing together with his younger brother Junsu.

Prior to his debut, Junho had expressed his affection to China and studied Chinese language at Beijing instructor college in China (北京師範大学校), and Junho appeared in TV programs such as “天天向上” and “I love you/我爱你” and received great responses in China.