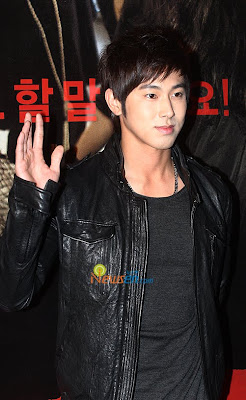 U-know Yunho (real name Jung Yunho) is leading fans into a new Hally wave by encouraging them to donate across the borders.

Recently, one of U-know Yunho’s Japanese fanclubs “Be With Yunho” did their own fundraising and made a trip to personally donate KRW$10,000,000 to South Korea’s Social Welfare Organization. The local fans in Japan have also donated more than KRW$5,000,000 to the Haiti victims in Yunho’s name.

The donations from international fans not only include Japan, but also those from China, Thailand, and all of Asia, which shows that Yunho’s popularity can be felt throughout Asia.

This year, on Yunho’s birthday on the 6th, fans used his name to make various donations as a form of wishing him a happy birthday, and one of the fundraisers alone raised an amount of over KRW$40,000,000.

Jung Yunho’s exemplary behaviour as an idol star is ongoing and not just a one-off occassion. The fandom culture is evolving into one where the fans follow their idols closely, and they do all they can to continue the warm, charitable acts of their idols and help those in need.

source: [newsen+ baidutvxq]
translation credits: mandasoh@tohosomnia.net
shared by: tohosomnia.net
Do not remove/add on any credits