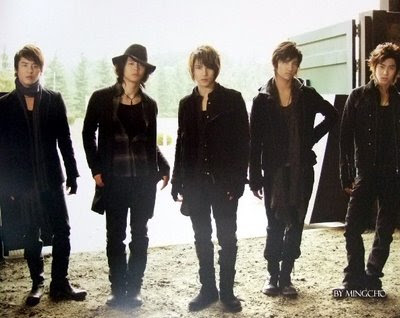 Popular group TVXQ is currently suffering from legal dispute wherein some of its members involved, however despite of the situation, a large fan meeting tour in Japan will open early next year.

As only some of the members are involved in the legal dispute, there’s been a speculation spread like a wild fire that the group is having a “diverse opinion” situation, nonetheless through this fan meeting, all members will appear again in front of their fans as five showing their healthy appearance. The booking ticket lottery is scheduled to start from the 20th and ever since the site has been flooded with fans’ applications.

Meanwhile, on the 21st next month in China, TVXQ will open their “TVXQ 3rd Asia Tour MIROTIC in Shenzhen”.