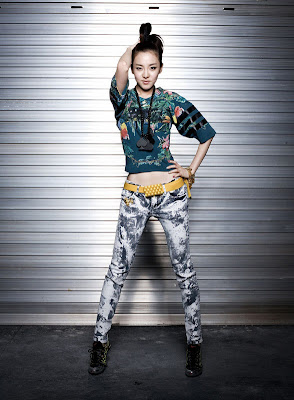 Dara could soon lay claim to being the love object of two of the hottest members of Big Bang Fans have spotted her shooting what may be scenes from Taeyang’s next MV, “Wedding Dress.” Courtesy of 21evo.com:

“My lovely source from Korea (myokoon) has given me some juicy news – Fans saw some staff and 2NE1 shooting at a Catholic church recently. In it, Sandara Park was wearing a wedding dress for the shoot. YB fans are speculating this is for Taeyang’s video because although Aimee did say she was at the end of the WUA video, she also stated she is not sure whether she will be in the rest of the music video (see her twitter here) . The other idea is that this is for Park Bom’s new solo music video. – Kay @ alwaystaeyang”

Is Dara going to be YG’s go-to MV girl? I think casting CL or Bom as the love interest would have been a more inspired choice, but then again, this could be a simple layout for Brides magazine. Or a statement of her eligibility! After all, twenty-five is a little long in the tooth to be single…