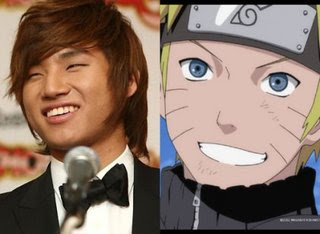 Big Bang Daesung has been chosen at the idol group star who suits anime character Naruto the best.

Anibox did a survey from 20th till 27th October on Tooniland online on 1729 netizens asking the question “Which idol group star suits the anime character Naruto the best?”and Daesung was chosen as #1 with 533 votes.

The reason that netizens chose Daesung was that he is very energetic and likes to play and jokes around, similar to that Naruto.

Guess which other idol group members were chosen on the survey.

The rest of the results to the survey: