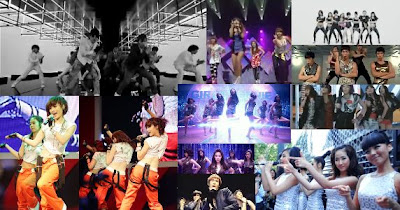 The 2010 Dream Concert held on the 22nd has been causing a stir once it has been revealed that fans chanted 'Park Jaebum' during 2PM's performance.

2PM performed WITHOUT YOU and DON'T STOP CAN'T STOP but the majority of the fandoms chanted Park Jaebum's name, not 2PM's.

A fan that attended Dream Concert revealed, "Not only when they were singing, but the fans refused to answer when 2PM member Taecyeon was emceeing."

When it was first revealed that 2PM would be attending Dream Concert, various fandom boards had a '2PM Ten Minute' warning circulating, making many wonder whether the 'Ten Minute' controversy will be returning.

The 'Ten Minute' controversy occurred in the 2008 Dream Concert against SNSD, in which a fan union created a silent treatment without any cheers.

However, this year's Dream Concert also had a clash between SNSD's fandom and Super Junior's fandom regarding their seating blocks. Many have stepped forward with the opinion that Dream Concert must be put to an end.

May be taken out with full credits. You are not allowed add yourself to the credits nor edit the credits.
CREDITS : KUKI NEWS (SOURCE); hazyfiasco@2ONEDAY.COM (TRANS)
Tags: 2pm, News
Share
Previous articleNext article