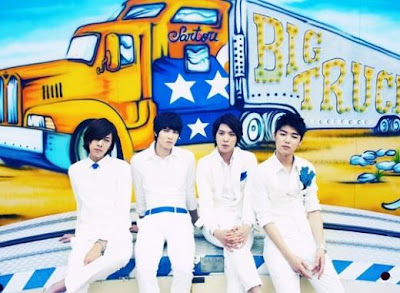 CNBlue has sold out concerts in Japan for two consecutive times!

According to their agency on the 24th, CNBlue will be having their second concert in Tokyo, Japan at the 23rd and 26th and when the tickets were being sold, it was sold out immediately. Their first concert last march had also sold out tickets as well.

CNBlue has already built up a name for themselves in Japan, they are getting hot feedbacks from fans and from their fan club in Japan as well.

Meanwhile, CNBlue's second mini album in Korea "BLUELOVE" is also doing well on music charts in Korea. CNBlue has been taking their time in Japan and Korea and after two concerts in Japan, they are also planning to have their first concert in Korea as well.