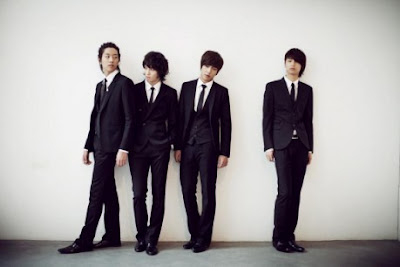 CNBLUE will host their concert on March 20th at Shibuya's Kurabuku Art (?). Ticket sales began on their Japanese blog at the beginning of this month and were quickly bought out or reserved.

What started out as a trip to study band music in Korea, progressed to CNBLUE wandering around Tokyo performing street lives and cleaning up their skills. A few people in the audience turned into hundreds during their stay there, showcasing CNBLUE's growth.

During this time, lead vocal and guitarist Jung Yong Hwa became hot issue after creating thousands of mania fans during his casting for drama