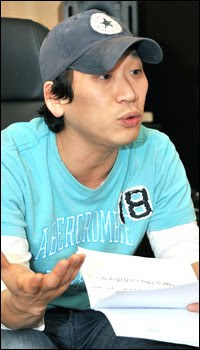 Kim Do-hoon, the songwriter of the hit song "I’m a Loner" by four-member group CNBLUE, says the allegations that he copied indie band Ynot’s song are groundless.

The songwriter of the hit song by four-member group CNBLUE, has denied the allegations that he copied the indie band Ynot's song"Blue Bird."

"I have not deceived my conscience," said composer Kim Do-hoon in an interview with the Hankook Ilbo. "I have never heard of the song 'Blue Bird.' I did not plagiarize it."

He said Ynot sent him a letter to claim that CNBLUE's "I'm a Loner" is similar to its song in melody and rhythm ― a usual step needed before filing a suit.

Yet, Kim denied the accusations, saying the two songs are different in rhythm and melodies as a whole.

"Those who know music will be able to easily figure out that the two songs are in the same genre but are completely different," he said.

He said the plagiarism accusation is not based on logical evidence.

"The fame I have built over the last 15 years collapsed in a moment. The singers are damaged but the biggest victim is the songwriter," Kim said.

He said a professional copyrights institute needs to be established to determine the truth of plagiarism allegations.

Kim said he does not understand why Ynot has not yet filed a suit.

The noise surrounding the plagiarism accusation is getting louder as it pits the supporters of indie bands against those backing the rising band and established music groups.

Some Internet users are holding an online campaign to boycott the composer, claiming that it is not the first time that he has been involved in plagiarism disputes.

Thousands of netizens have signed the online campaign to evict Kim from the music scene at portal Daum's Agora Web site.

Rocker Shin Hae-chul has added fuel to the disputes by posting comments that slam CNBLUE for alleged plagiarism. ''If the song (''I'm a Loner'') is not plagiarism, plagiarism will disappear in the world,'' Shin said.