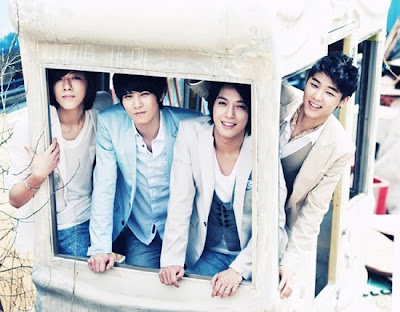 Officials of Monkey3 said that, "CNBlue who debuted last January had a huge success with their first mini album being ranked No.1 in charts". CNBlue was able to snag the number 1 spot with their title song "Love" which is an acoustic song that blended well with their voices and raps. Also they took the number 1 spot beating Davichi, Wonder Girls and many others.

Meanwhile, CNBlue will have their comeback stage on May 20th at m!Countdown.

Realtime Chart is based on online downloads and online listening and usually when a new song get's released on the website it hit's the number 1 song but not all songs, only the good ones, If it's number on the real time charts it means a lot listened to the song when it was released. :)
Tags: Cnblue, News
Share
Previous articleNext article