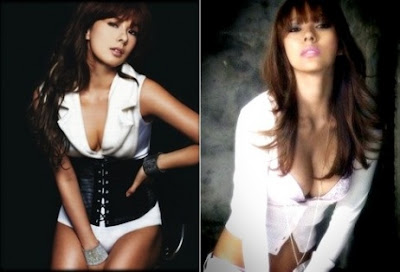 Sexy singer ChaeYeon reveals that she has been mistaken for Lee Hyori in the past before.

ChaeYeon and her parents appeared on MBC ‘Happy Day’ aired on 11th February where ChaeYeon talks about herself and what she has been up to recently, and the love house which she had bought as a present for her parents was also revealed.

In the house, the interior was decorated with ChaeYeon’s photos. Of one of the photos was a picture drawn by a fan. And in the picture, the fan wrote, “You look a little like Lee Hyori.” ChaeYeon added, “I have heard of these words before.”


She continued, “There was once when I was in HongKong for a vacation. Someone saw me and asked for an autograph. The person told me he/she knows me and that I’m Lee Hyori.”

A photo of ChaeYeon in a uniform was also revealed on the show. In the photo, she had given off the feel of a Japanese teenage girl.