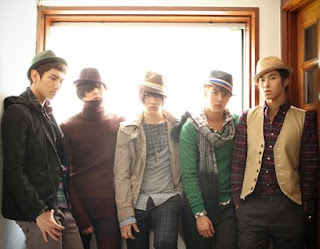 A DBSK fan from Japan spoke on the afternoon on the 21st on minitoday star news, expressing that, “For the DBSK whom we have cared about and supported so much, the online signature campaign asking for a negotiation of settlement between DBSK’s trio and SM has begun.”

The association also mentioned, “With an 800,000 strong fan club membership, and such a large-scale fan daum, when faced with the crisis of a sudden dissolution of DBSK, nothing brings more anguish to the fans than this issue. We hope the three members and SM will be able to settle their differences and have a successful negotiation, so that DBSK’s activities can resume.”

There are the Korean, Japanese, Chinese and English versions on the website of the signature campaign. This campaign is not just limited to local fans in Korea, but international DBSK fans are also allowed to participate!

This campaign was started based on the unconditional trust placed upon the numerous fans of DBSK, along with a minority of fans who may have a different thinking and opinion.

The purpose of initiating this campaign is not to ask for a termination of the contract of the three members, but to get them and SM to coordinate for a more sensible solution.

In addition, based on the first public trial between the three members and SM company held on the 7th, if both sides still remains unchanged in their stand, the differences between them will still not be resolved.

DBSK’s three members had submitted an application of deposition to the Seoul Central District Court on 31st July 2009 regarding the termination of the exclusive contract with SM.

Furtheremore, the following part of the decision cited the Department on 27th October 2009 that “SM is not allowed to stop DBSK’s activities unilaterally. SM’s objection regarding the solo activities of DBSK was also rejected.”

T/N: The website for the online campaign was not included in this article.