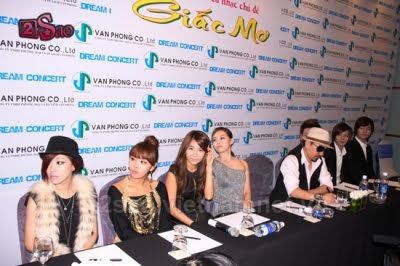 After the recent overload of Kpop stars hitting the stage at Vietnam’s Friendship Concert, the Brown Eyed Girls & boy band, T-Max, also make an appearance in the country making Hallyu fans even crazier!

The Brown Eyed Girls and T-Max performed at the Dream Concert and fans were overwhelmed by the awesome stage, they couldn’t contain themselves. 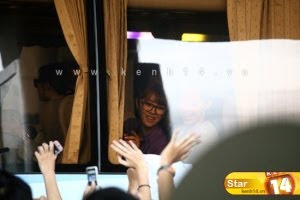 The fierce foursome performed a total of five songs even though they were only scheduled to perform three. They sang: Abracadabra, You Raise Me Up, L.O.V.E., Stick With You and How Come. The girls were really surprised with how much love they received from fans that it actually shocked them a bit. During a bit of song break, Miryo stepped up to talk to the fan crowd.

“This is the first time we’ve come to Vietnam. We’re really glad to see you and we’re really happy to be here. We really wish, we really hope that we can come back here again, next time.” 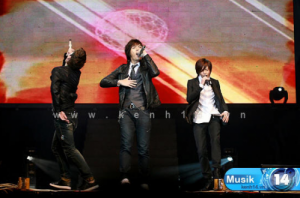 T-Max rocked the crowd and I’m super impressed with their stage performance. The three boys were literally everywhere on stage, hyping up the crowd. They sang their trademark song , “Paradise” from the Boys Over Flowers OST and the crowd went wild.

With much more artists coming through and performing in different countries besides, China, Thailand and Japan, Asia is becoming more and more developed musically.


Performance of How Come + Stick Wit U