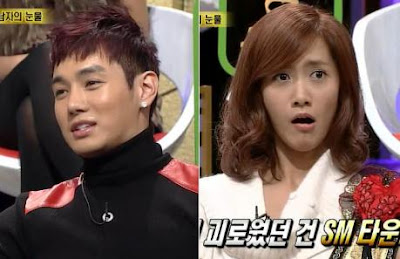 After their last activity on SBS Close Note, this will be the first time fans are seeing the vocal duo Fly To The Sky on one variety program together and performing their songs live again.

HwanHee and Brian had appeared on SBS Strong Heart together on the episode aired on 27th October.

They performed their hit ‘Missing You’ live. And Brian said after the performance, “I want to confess. I want to love HwanHee again, instead of YoonA“.

This was special because the 2 were said to be in deep misunderstandings with each other before their last album, but had recently got back on good terms again.