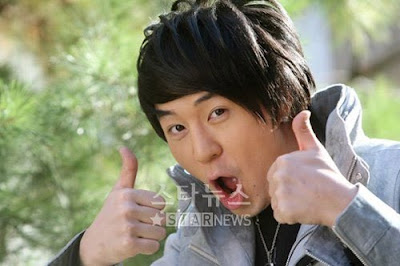 In a pretty shocking and abrupt announcement, it was revealed that entertainer, Boom (real name: Lee Min Ho) will be enlisting to serve the nation in just 3 days time!

Boom will be reporting at the 102 Replacement Depot in Chuncheon for his basic military training on the 29th. After six weeks of training, he will then serve his nation for the next 22 months and is expected to be out by 2011.

A representative for Boom said, "Although the enlistment notice came rather abruptly, Boom is gearing himself up for the challenge and is ready to serve his nation for the next two years."